Head in The Cloud(s)

The Big Whiff; Facebook IPO and the Boston Investment Community 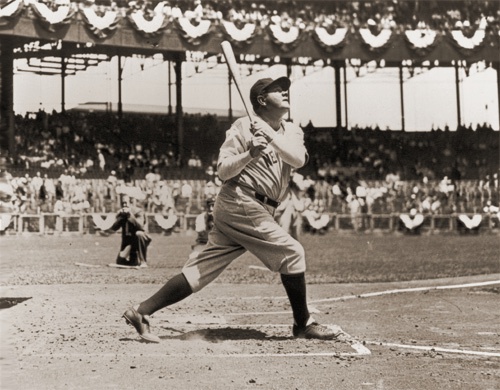 This post has been a long time coming. Maybe it's the historic date itself, the wooziness from a stomach virus, or the realization that you rarely see such a stark contrast between success and failure.

Namely, the Facebook IPO, valuing the company at $100B, exposes the sharp distinctions between the Boston and Silicon Valley investment communities. In effect, the inability of the Boston investment community to put even a sliver of investment in Facebook, a company that started here, is probably one of the largest squandered opportunities in business.

Facebook raised over $2B in the march from dorm room to IPO. Not a single dollar is from a Boston angel investor, venture fund, hedge fund side pocket, or corporate strategic investor. Not $1. The closest claims are the west coast office of Greylock and the trivia that Jim Breyer of Accel grew up in Newton, MA. That's it.

Not being a baseball guy, I may have my analogies wrong, but this reminds me of Babe Ruth. The Boston Red Sox undervalued Babe Ruth and traded him away to the Yankees. The Babe went on to a storied carrier, and 80+ years later the Red Sox finally won something. Boston had first crack, but just whiffed.

The failure doesn't just end at the first up at bat, the Seed/Series A, but in every successive round. Whiff, Whiff, Whiff.

The question is why?

When I first came back to Boston in March 2006, I saw major cultural differences with Silicon Valley. These differences were based on my having had ~20 years experience in high tech as an early employee, entrepreneur, CEO, Limited Partner, and even VC associate. That experience was in areas as diverse as SF/The Valley, London, Paris, Atlanta, and DC.

At the time, I compiled my ideas into a short deck:

Now, obviously many of the points raised in this presentation have changed. There still do remain, IMHO, some fundamental differences in the regions that led to this outcome.

Frankly, Boston has essentially none when compared to the Valley. Sorry, but that's just the way I feel. Even the "risky" deals I've heard certain investors beat their chests about have some sort of hedge, financial or otherwise. I've had conversations with a ton of investors who are really growth/momentum investors in VC clothing.

2. The Outcome, not the Process:

I've never been exposed to as many so-called investors who really are interested in multiples of Revenue/EBITDA and not actually building a company.  The shift to SaaS in the software industry has created an even better cover for this behavior, with companies being reduced purely to CMRR, CAC, CLV and assorted other metrics. I don't know any successful Valley entrepreneurs who started a company to maximize CMRR or CLV. The Process of building a great company is what drives the best entrepreneurs I've known; their investors thus support that belief system and help the entrepreneurs BUILD companies vs. harvest the financials.

Boston investors seem way more driven by colluding with whom else might be in the deal, vs. originating a deal and having to compete.  There is far less outright competition between Boston VC firms to invest in new deals. So, that creates a slower tempo, less risk-taking behavior, and little desire to do something out of the box.

There are plenty of other factors that I will analyze in successive posts. I'll also make a series of suggestions on how to avoid whiffing on the next big pitch.

The comments to this entry are closed.